P-value is one of the most commonly misunderstood concepts of A/B testing and in statistics in general. Generally, people new to A/B testing tend to believe it describes the probability of a variation being a winner or a loser, compared to the control.

Another way to put this is that p-value describes the probability of seeing the observed difference randomly, say, in an A/A test.

In A/B testing, the most common threshold α is 0.05, although sites with more traffic that want to minimize the risk of falsely rejecting their null hypothesis often pick 0.01. And sites with little traffic that are looking for quick learnings might go with 0.1.

It is a good practice to wisely choose a suitable threshold and stick to it until there’s a strong enough reason to change it. That way you can determine how many of your null hypothesis were falsely rejected.

I recommend using a statistical significance calculator to see how the chosen threshold affects your needed sample size. 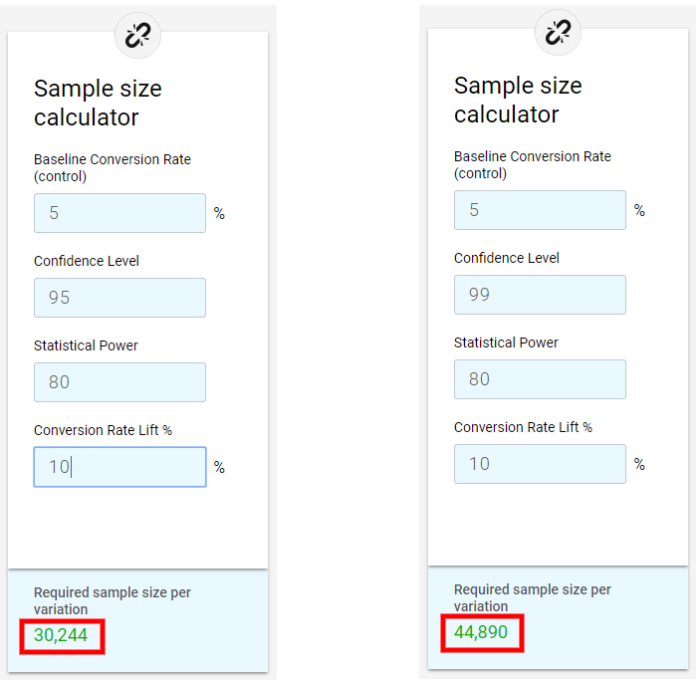 Want to see more articels like What is P-value? Check out all definitions in the Analytics Dictionary.

This dictionary provides in-depth definitions and examples for a wide variety of analytics related terms.