Today, it is safe to say that AI and machine learning are here to stay. At least every third trending submission on Producthunt has something to do with AI. These systems are becoming more prevalent in every industry, and logically, online business is no exception.

Until now, the biggest players in conversion rate optimization have been various A/B and multivariate testing platforms — apart from analytics and user behavior measurement tools, of course.

Those who have worked with website conversion rate optimization understand that it is a highly time-consuming process. Data analysis, coming up with the hypotheses and setting up experiments — each task requires commitment in order to be done efficiently.

However, even after the aforementioned actions are completed, the biggest time investment is actually the testing itself. Significant data must be collected to prove a variation a winner or a loser statistically.

Using a normal A/B test, you would need at least 60,000* visitors and a full business cycle just to discern whether your variation is a winner or not. Now imagine that you have more than one hypothesis and perhaps more than one idea of how to execute them in an experiment. Testing that amount of visitors is unrealistic for many companies and would take a lot of time.

While there are other companies experimenting with AI and CRO, Sentient Ascend from Sentient Technologies is without a doubt a market leader.

It might sound a bit sci-fi but Sentient Ascend uses the power of genetic algorithms (which are in many ways related to biological evolution) to find the best combination of the changes inserted in the editor.

And the process itself looks much like evolution in action, including the genomes, mutations, and generations!

Here’s a short video that will give you a very broad overview of what Sentient Ascend does.

Benefits that come with AI

When we think of AI we anticipate less human input and better outcome in shorter time.

Sentient Ascend matches that expectation quite accurately. It allows you to combine variations of multiple elements from across your funnel, so you can easily end up having hundreds of thousands of combinations! Try testing that with your A/B testing tool!

Sentient encourages optimizers to experiment with more elements and more variations at once. Why shouldn’t they? They are the ones who made it possible!

For example, add multiple variations of elements including hero images, headlines, CTA copy and color, font size, and featured products ALL IN ONE experiment. Imagination (and some coding skills) are really the only limits here.

One might believe that it’s impossible to call a winner (or a loser) combination without sending enough traffic to each combination, but that is exactly where AI and evolutionary algorithms come in. Based on the performance of a specific variation of a single element in a combination it can predict the combination’s performance in the next generation.  That means that eventually weaker combinations die and more productive ones survive, giving us stronger candidates in every new generation.

How does the evolutionary process work?

As with every optimization tool, it all starts with the idea for what to test — the hypothesis. That process is not much different, although it is recommended (and encouraged) to have more than just one or two possible executions of that specific hypothesis.

For example, let’s say right now your website’s main CTA is yellow and the hypothesis is that green would work better. With Sentient Ascend you could test those two variations, different shades of those colors, and even include new colors. Of course, copy color is not the most exciting experiment, but including other hypotheses might give you some interesting insights.

Setting up the experiment in the Sentient Ascend web application is rather straightforward. Features include an effective WYSIWYG editor and the ability to preview variations immediately. Additionally, you can set targeting and audience rules for your experiment.

Once the experiment has been deployed and data starts coming in, things really become interesting!

After launching the experiment, early information about the first generation will be produced. It is suggested that beginners return to the insights page periodically to see how the report is evolving—it will be easy to detect which combinations are performing better than control and which are performing weaker.

Just like with normal A/B testing, do not rush to stop the experiment once a variation that is performing dramatically better or worse is discovered. A/B tests need to reach statistical significance and Ascend suggests having at least a few generations before making business decisions based on the results.

After some time, there will be a second generation. Each generation has its own combinations, and of course, the new combinations are the outcome of previous generations. As in life, only the fittest (better performing) make it to the next generation, so in every subsequent generation, expect to see stronger candidates.

Since Sentient Ascend works similarly to evolution, the generations and stronger combinations evolve in sync with the audience and other influencers. What is the strongest today won’t necessarily be the strongest next month!

That being said, Ascend will not tell you the “right time” to stop an experiment. At least three to four generations should be evaluated before making any important business decisions.

How is AI going to change the way we work?

AI-powered testing tools will definitely bring changes in the marketing and CRO fields.

First and foremost, the time spent on test administration will decrease, allowing for more time to generate new hypotheses and ideas for implementation.

The process will become so much more productive as less time is spent testing hypotheses, with the overall goal being to generate more winners, and of course, more money!

Analyzing the results will also become easier. No need to worry about multiple experiments conflicting with one another—just run them all at once and Ascend will figure out the best combination for you.

Perfect on paper, how does it work in real life?

It may seem that the features of Sentient Ascend are too good to be true, but each aspect of the system works as described. Even an experiment with as many as 30,000 combinations will produce data, and after a few weeks, subsequent generations will emerge.

However, even though AI has its place in the world of CRO, it will probably not entirely replace regular A/B testing anytime soon.

Those in the CRO business have at least a basic knowledge of how an A/B testing tool works, and it’s easy and familiar. Usually, there is an equal split of traffic between variations and results are just basic statistics (Bayesian or Frequentist in most cases).

At this time, using AI-based evolutionary algorithms and machine learning may feel like a “mystery box.” Testers enter the variations in, and after some time the winning combinations are produced. 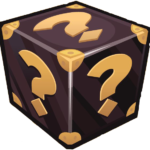 There are ways lower the “mystery box” feeling which we will explore later. But first, some additional opinions on the tool itself.

Over the past six months, the tool has clearly been growing and evolving. The most obvious changes are, of course, in the user interface. Initially, it looked quite crappy (sorry), but today it is nice and usable with some further room for growth.

Also, the tool doesn’t have every feature typical to traditional testing tools, eg. the option to make changes or fix a bug in a running test. Luckily, those features are in the pipeline! Sentient really takes user feedback into account when updating the platform!

Getting over the “mystery box” issue

When it comes to A/B or AI-based testing, you may not feel confident that you know 100% how effective the software you are using is.

Let’s take VWO’s Bayesian calculations for example. In their SmartStats Guide, they say “Our old Frequentist methods can be computed in microseconds, while our new Bayesian methods take minutes on a 64 core compute cluster.” Sounds complicated!

To make important business decisions, it is crucial to

Initially, I knew little about Sentient Ascend and AI-based testing tools. Therefore, I didn’t understand the process, and it was difficult to trust the company behind it.

To gain a better understanding of what Sentient Ascend has to offer, one should:

After going through this process, it should be pretty clear whether AI-based testing and Sentient Ascend are a good match for your business or not.

AI is here to stay, and we are going to see it emerge in areas we can’t even imagine, so why not take an advantage of it?

When it comes to conversion rate optimization, I would say it is just a matter of time before most companies will use some sort of AI and machine learning in their everyday testing programs. So should you start today?

If you are already familiar with optimizing using A/B and MVT experiments and have felt that the entire process should be faster and more effective, then it makes sense to give Sentient Ascend a try. Using AI might be a competitive advantage that you were missing, and not too many companies have discovered it yet. You can apply for a free trial on Sentient Ascend website.

If CRO and the concept of testing your hypotheses are new to you, I would suggest starting off with simple A/B experiments. You can get started for free by using tools like Google Optimize. This will help you understand what a testing process really is and what’s missing from the regular A/B testing model. But hopefully, this article helped you become more familiar with the more advanced tools available to you.

Of course, I suggest you keep an eye on our blog and others’ to stay up to date on what’s new in the industry!

If you have any experience or other opinions in regards to Sentient Ascend or AI-powered testing in general, please share in the comments section below!

Content is created by our platform and agency teams with occasional guest posts.